Ashley joined Pilotlight in 2009 and has just started working with his tenth charity. We caught up with him before his project meeting to hear why he keeps on finding the time for Pilotlight.

I’m a chartered surveyor and Fellow of the RICS. During my career I have run businesses in the UK, Spain and Sweden, have worked in a very senior role in a FTSE100 company and have launched and fully funded a new £200m property investment fund. I’m currently CEO at Otium Real Estate.

I sold a business and was looking to contribute to the third sector financially but also with my time and expertise rather than just donating.

The variety of other Pilotlighters and charities makes each assignment challenging and fresh. It’s a good way to widen your networks and to hear perspectives you wouldn’t hear in your day-to-day.

I’ve learnt how the third sector really operates in the modern world, which is very different from the public perception and has relevance to the business world.

Each project brings with it different challenges to understand and explore. I’d say dealing with a charity where the key personal relationships had broken down and helping them to overcome their differences.

I was surprised and delighted to find a small domestic violence charity in Middlesbrough which was run far more effectively than many corporates I’ve encountered!

Yes. Seeing people put time, passion and emotional energy into helping others rather than just themselves is inspiring for someone like myself. It opens your eyes to the world around you.

I’ve become more patient and tolerant of other people’s views and opinions. The way the Pilotlight process works is that during the initial meetings of a project you’re fact-finding about the charity so you can really understand where they’re coming from. It gives you the chance to stand back and get a very good understanding of who they are and the possibilities that can be explored during the project. You learn to be patient and open to what comes up in the room, which has been very beneficial to my working life.

We give leaders in charities key mentoring, guidance and support that can make a big difference to organisations in a sector that is under pressure and more valuable to our society than ever before.

Go for it. You will develop new skills and outlooks that a purely commercial career will not offer you and enrich yourself in the process. 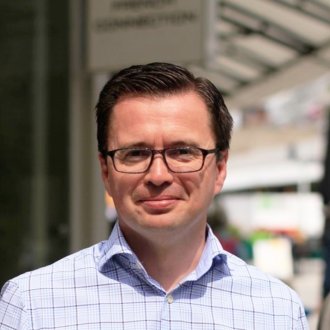