Mark is a Market and Social Research Consultant. He’s been a Pilotlighter on the Pilotlight 360 for eight years, and has worked with six charities all based in Scotland. He says his proudest professional achievement is being able to stay enthusiastic and gain fulfilment from his job.

I became a Pilotlighter for two distinct reasons: Firstly, to try, in my own little way, to help some extraordinary organisations, many of whom have far less recognition than they deserve, meet their goals and flourish; Secondly, for purely selfish reasons - I wanted to meet interesting people, learn from them and, in turn, help my career develop.

It was initially challenging getting into the mind-set needed for a project that lasts between ten to twelve months. In the profession I work in, a typical piece of work lasts only one or two months.

The environment charities operate in can often change significantly over that time, which I initially felt was challenging for the projects I worked on. However, the time spent becomes a real opportunity, as it gives everyone in the Pilotlighter team, and the charity, time to really get to know each other, and think about how to help the charity create change.

I’ve always been pleasantly surprised by how compelling the stories are of each and every charity I’ve worked with. Before becoming a Pilotlighter I assumed I’d only be interested in working with charities that I had a personal, direct affinity with. But thanks to Pilotlight I’ve been involved with an extraordinary range of charities, all focusing on helping people with very real needs, which has been excellent.

Now that’s a hard question, as there are so many to mention!

If I had to pick one, I’d have to say it’s every time the charities I’ve worked with have said that they’re finding the Pilotlight 360, and the help of Pilotlighters, valuable. It’s so good to hear that the work we do is having an impact.

I’ve learnt to listen properly. That’s not just listening for affirmation of my own views, or listening for a gap where I can chip in, but to really hear what other people have said. The Pilotlight 360 brings a very diverse group of people together, many of whom I would rarely have the opportunity to work with. They all have very interesting perspectives that are worth listening to.

I’ve taken this learning back to my job. When trying to understand a client’s challenge, it’s helped me to slow down, check my assumptions and make sure I always have the picture clear before I do anything.

Yes, in many ways, but primarily I’ve been inspired by all the people I’ve met that work in charities. They all put so much value in the importance of what they do and the need they’re servicing, often going above and beyond what’s expected of them.

Describe being a Pilotlighter in three words. 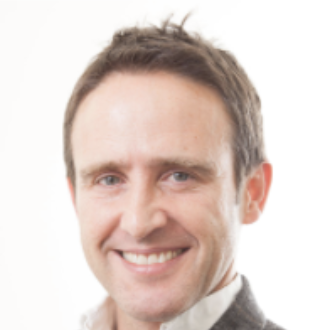